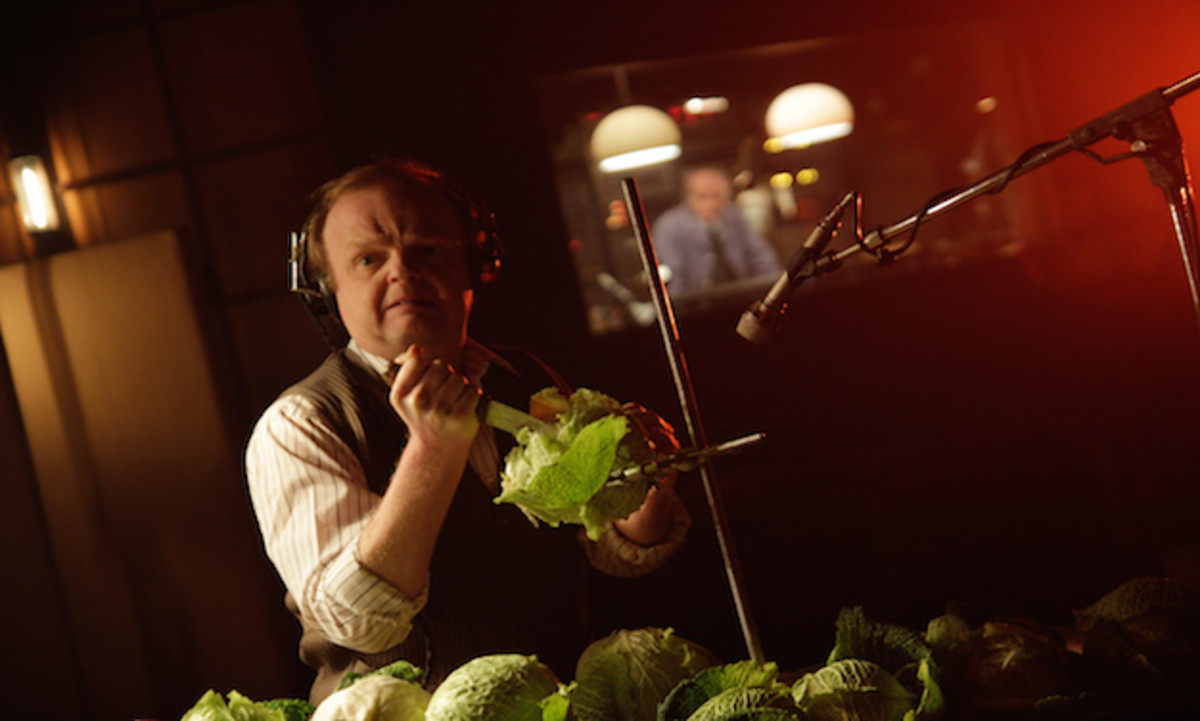 Sound Effects are a driving force behind every film that can steer the audience’s emotions and expectations. An image of a door could be shown but the audience would know the emotional tone whether they heard the sounds of wine glasses clinking with plates and silverware milling about , or alternatively bone cracking and chainsaws revving. In one instance the audience is invited into a feast and the other they want to run in horror. The senses follow the sounds. Creating high quality sounds to use in one’s films is an undertaking and an art form in itself. In one instance there is a vast array of high quality sounds already available to you at AudioMicro.com, but sometimes you just want that personal touch and feel the drive to create your own sound effects. In this post we will be taking a look at what exactly goes into making a custom high quality sound effect and a brief history of how it all came to be.

One of the great unsung heroes of any movie is easily the Foley Artist. These artists are the ones who create all the sound effects you hear throughout the film by using everyday objects in unexpected ways to generate unique sounds. Think banging a couple of coconut shells together to create the sound of a horse galloping like in Monty Python’s Holy Grail; that is a prime example of foley sound.

While on location of a film, modern day audio equipment is optimized for picking up the actors voice while cancelling out all the surrounding and background sounds that would breath life into the scene. This could be something subtle like the actor’s footsteps, opening a door, or even just scratching his own face, to the more in your face fighting scenes, scuffling, clashing swords, etc. It is these artists’ job to find out how to recreate any sound imaginable for any given scene and convince the audience it’s the real thing. Some examples of this would be something like stepping on VHS tape to create the sound of walking through autumn leaves. You can then pick up the same VHS tape and shake it to give the sense of bushes rustling in the wind. Another example would be stepping on a bag full of corn starch to create that sound of fresh snow crunching and compressing as its walked on. Even snapping or twisting a bunch of celery can sound like bones cracking or breaking. At the end of the day if the foley artist did his job right you will never know he did anything at all.

The Origin of Foley Sound Effects in Film

Before this method of foley sound became mainstream in film it was common practice for the time to have sound effects added into broadcasted radio plays to help paint a richer picture of what is happening for the audience. This is what helped pave the way for post sound effects to emerge into film.

The term Foley Artists comes from its creator, Jack Donovan Foley, who as a Universal employee developed the method of performing sound effects in sync with the film’s moving picture in post production back in the early mid 1900s. Jack and his team would have the movie projected in front of them and perform all the post sounds needed in one go and record it on one single track. Nowadays with the invention of computers and development of Non Linear Editing there are infinite amounts of tracks sounds can be recorded, retimed, and adjusted on that simply did not exist back then. At the time this method of creating post sound was called ‘Direct to Picture,’ and it wasn’t until years later that it became known as foley.

Today the common set up for post sound is 2 foley artists and 1 sound mixer on the mixing stage. The two artists will work in tandem to create the sound and will work from visual markers and cues projected on the film supplied by the mixer to help them match timing. However, these days it’s less critical if an artist misses the timing as this can be adjusted by the mixer, but making sure the feel of the sound matches perfectly is more of what’s necessary. These specialized mixing stages the foley artists work on will commonly have special sectioned floors with various textures and materials to step on to create various sounds. Along with having an ever expanding warehouse full of props and everyday items they have catalogued and can use at any given moment.

In the instance that you might need to add some foley sound to one of your own projects you can always go simple and experiment with a basic audio mic recording various sounds like footsteps, slamming doors, breaking celery and then test it out by cutting and remixing the sound back into your edit.

If you need something more robust and professional sounding, or you simply don’t quite know how to get that exact perfect sound effect you’re looking for – audiomicro.com has you covered! Just head to the website, select sound effects, and search for anything you need! There are literally 1000s of professional high quality sound effects to choose from that you can remix and cut back into your projects with confidence.

This site uses Akismet to reduce spam. Learn how your comment data is processed.