Guilty. The four men that made up the Sweden-based Pirate Bay filesharing site have been found guilty in the momentous trial today. According to various sources, “the court has found that by using Pirate Bay’s services there has been file-sharing of music, films and computer games to the extent the prosecutor has stated in his case.” The men have been ordered jail-time of one year, and $905,000 each equating to a total of about $3.6 million. The funds will be distributed to various entertainment studios and companies, including Warner Bros, EMI, Columbia Pictures, and Sony Music.

Although the verdict has been decided, the four men will be allowed to appeal, likely on the basis that the site never actually hosted the copyrighted material, just acted as a catalyst by providing the technology for its 22 million users to download content via torrents. While the judge in the trial noted that the court took into account the ad-driven nature of the site, the defendants argued that in no way was the site commercially driven, an argument that will certainly re-surface during the appeals process.

The Associated Press reported that ” Swedish authorities caved in to pressure from the U.S. when they launched the crackdown on The Pirate Bay in 2006.” Following that trial and the presently concluded case, a grassroots movement fueled by social networking and underground message boards cultivated a mass social a political zeitgeist, arguing the intrusion of the government on the public’s use of the Internet. New bills and laws are currently being developed across Europe in an attempt to define legislation paramaters of the largely polar issue. 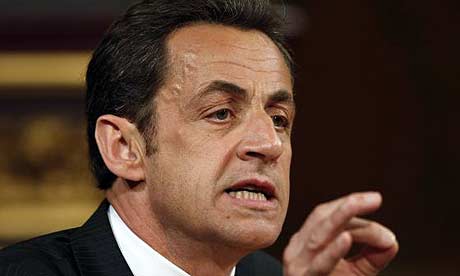 Trying to steal a bit of the spotlight from Sweden, are we France? To be fair, Sweden isn’t the only country undergoing significant changes in policy amidst anti-piracy laws. TorrentFreak is reporting this week that France has rejected the three-strikes copyright infringement penalty put forth by Parliament. The legislation, known as “HADOPI” (Creation and Internet), posits that infringers would eventually lose their access to the Internet after three warnings. On top of that, the law would allow ISP’s to essentially block certain websites known for harboring large torrent traffic.

Considering the ultra-liberal majority of France, the three-strikes law was naturally opposed by the public, but even more inflammatory is the consideration to block certain websites, which would be a precedented display of censorship. To the surprise of the public, the law was indeed passed by parliament and the senate, but did not make it through the National Assembly vote. TorrentFreak notes that “according to early reports, the Socialist deputies changed their initial position and decided to vote against the law after witnessing the mass opposition from the French public.” The Socialist party, always acting on behalf of the revolting populace, seemed to be the conduit in the vote, sensing the zealous opposition of the law via national polls and media.

On top of the messy backpedaling demonstrated by French government, TorrentFreak noted that last month European parliament had opposed the three-strikes law, calling the Internet a fundamental freedom. While movements to ramp up security were supported by parliament, cutting off the Internet for users was not.

Ah Sweden. Home of beautiful scenery, beautiful people, and home to one of the highest standards of living in the world (due to the ridiculous taxes imposed, of course, but who’s keeping score.) 2009 put Sweden in the limelight for a little while thanks to the Pirate Bay trials, where media piracy took a dramatic turn in terms of actions and policy. After the trial concluded (verdict still pending until April 17th), strict anti-piracy laws were put into place for the northern European country, and guess what? Internet use in Sweden has dropped by 40% since then.

40%. That’s way more than a third, and almost one half. Almost one half of people have actually stopped using the Internet. Tech website Blorge is reporting that since the anti-piracy laws have gone into effect, ISP’s in Sweden are now forced to hand over IP addresses of those who have been red-flagged for downloading obscene amounts of copyrighted material.

“The law certainly seems to be having one effect, albeit not one that helps its aims: demand for anonymizing proxy services, which mask the IP address of users, is reportedly heavily increased this week with some providers struggling to cope,” Blorge reports.

Guess that makes good weather days in Sweden that much more special.

Add this to one of those gadgets that only the geekiest of audiophiles would add to their gadget repetoire. The UBDJ Fi-Hi Urban DJ Cassette Tape Cross-Fader seems to be just one of those tchotchkes that you passively pick up, but then it turns out to be way more entertaining than you originally thought. The UBDJ connects to any device with a 3.5mm stereo mini-jack, so those carrying around an iPhone, an mp3 player and any other music toys  can essentially crossfade content from both outputs.

The Fi-Hi also includes a headset jack so that all the DJ’s on the go will be able to cross fade their music without missing a beat. That essentially means that if you’re dropping tracks you’ll still be able to avoid the feared “trainwreck” (read: completely mismatching rhythms and beats leaving your audience distraught, peering back at your with a disturbing deer-in-headlights facial expression) While the Urban DJ isn’t exactly a Tonium Pacemaker, but at least it doesn’t claim to be. At around $30, the Fi-Hi is easily just another fun toy to add to gadget collection

The third iteration of Nintendo’s popular hand-held video game console is set to release this week, and considering the momentum of the previous version, the DSi should be no exception in terms of sales. While the DS lite remains to be one of the best selling consoles on the market, Nintendo has upped the ante with their new hardware that makes gaming only one of several highlight features. Equipped with two cameras, a WiFi marketplace, and an SD card slot, the DSi certainly set the bar that much higher for future handheld systems to come.

But one of the more interesting yet arguably unnecessary features of the new DSi is the music playback feature. While the hardware only supports AAC-formatted files (much to the chagrin of most people who own mp3’s), the real question is how the DSi will open an avenue for pirates. It would seem quite apparent that between integrated WiFi and SD card support would presumably beg for pirates to start manipulating the system. Seeing as the DSi was released in Japan late last year, pirates have already developed ways to basically rip games onto the hardware, which is pretty much expected for any medium released these days. But has Nintendo opened up yet another door for the music industry to panic about? The DSi is set to release in the US tomorrow (April 4th) at midnight, so only time will tell.